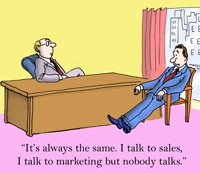 Ok, if we professional communicators would all come clean, we would admit we’ve been paying a lot more attention to the sexy new digital communication workplace tools than we have to that oldest but most important social medium, face-to-face communications.

Unfortunately, practice and research says ignoring manager communication is a bad idea. In the midst of so much change, workplace stress, confusion and mistrust, there is a powerful human case to be made for attending to this most basic kind of communication. Gallup research shows that “managers from hell” are creating active disengagement, costing the U.S. an estimated $450 billion to $550 billion annually.

Drawing from his new book, Creating an Engaged Workforce: the Face-to-Face Communication Toolkit, Roger will arm you with the basic strategies and tools to either launch or reignite your organization’s manager communication program in ways that will prepare them to fulfill the all-important role of interpreter for their people. It’s time to fire up your face-to-face communication program. 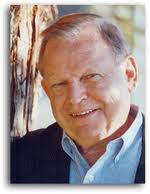 In 1998 IABC named him ‘one of the most influential thinkers in the communication profession in the last 25 years.’ He was named an IABC Fellow, that organization’s highest honor, in 1978. For 15 years he held senior positions with two of the leading human resources consulting companies. He served as vice president and global practice leader for Towers Perrin’s human resource communication practice and as principal and service developer for Mercer Human Resource Consulting.

Before that, he led employee communication for Xerox Corporation and held executive communication positions at General Electric and Bell and Howell. Presently, in addition to his own consultancy, D’Aprix & Co., he is affiliated with ROI Communication as a member of its advisory board. ROI is a global consultancy that specializes in internal communication strategy and practice. He divides his time between residences in Rochester, New York and New York City. 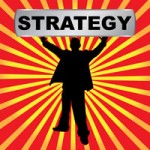 Communicator’s Guide to Simplified Strategic Planning: 7 Steps That Will Work For Any Planning Effort
Leadership   Communication Skills
Do your communication efforts tend to be “one-offs” that consume a lot of time and effort but d...

How to Use Co-creation to Build Employee Voice and Engagement
Internal Communications   Intranets
Tell me and I may hear. Tell me and let me add my 2-cents and now it’s our decision; I’m all in....

Stop Your Stinking Thinking: 7 Ways To Use Neuroscience To Sharpen Your Mind and Be a More Powerful Communicator and Leader
Leadership   Communication Skills
Are you tired of struggling to get—and keep—people’s attention and convince them to take actio...

Changing Your Game: Moving from the Tactical to the Strategic to Become a Player/Coach
Leadership
Executives say they want more strategic communication support. Yet they and others still have hi...

Creating an Intranet News Publication in the New Age of Communication
Intranets   Internal Communications
Times have changed. In today’s world, communication moves at the speed of light. People want inf...

Cure For The Common Town Hall Meeting
Internal Communications   Leadership
The problem is how to get your organization’s top executives out in front of as many emplo...

Doing More with More: Growing the Capacity of Your Team
Leadership
How to grow the leadership capacity of your team to meet changing corporate demands Learn how to...

Employees Making Videos: What's working? What's Not?
Communication Skills   Internal Communications
If you are like most communicators, you know that text alone is just not enough—today’s employee...

Ethics and Employee Engagement: Helping Managers Build an Ethical Culture
Leadership   Internal Communications
With the passage of new laws and regulations to curb white-collar crime, executives are paying i...

From Output to Outcomes: Focusing your Work Where It Matters Most
Leadership   Internal Communications   Measurement / ROI
If you think performance counts now, you ain’t seen nothin’ yet! Jim Shaffer, who pi...

From Paper to Impact: Developing a Communication Plan that is Truly Strategic
Internal Communications   Leadership
Is your communication planning approach connected to the goals of your business? Can you measure...
Showing 1 - 20 of 47 results
«123»