Should you roll your own social network? If yes, how do you build it so they will come, and take action?

A graduate of the University of Notre Dame with a degree in Business and Philosophy, he has been a writer, director, producer and creative executive in entertainment and the internet for most of his career.

Beginning with his work as the publicist for the motion picture TRON, and his association with Toy Story, through a stint as the Chief Storyteller for 2007’s Live Earth concerts for the environment, his work at the edges of emerging business cultures has given him tremendous insight into the creation of wealth in the Networked World.

In creating GameChangers, he has produced a curriculum that helps organizations and individuals communicate, learn and transform.

Wendy Cohen joined Participant in November of 2007 as the Manager of Community and Alliances and the founding editor of the TakePart.com blog.  Wendy has developed innovative online and mobile initiatives for Charlie Wilson’s War, The Visitor, Food, Inc. and The Cove. She shepherded the digital component of the social action campaign for Waiting for “Superman”

Wendy was born and raised in Montreal and graduated first in her class from Concordia University’s Communications and Culture Studies program.  Prior to Participant, Wendy was the first Community Manager for The Huffington Post in New York City and she co-founded the Screening Liberally film series, of which she remains the National Director. A native of Montreal, Wendy began her work in film in 2004 as the Programmer and Outreach Coordinator for the Media That Matters Film Festival and Media That Matters: Good Food project.. She also worked as the researcher and creative assistant on The Art of the Documentary (New Riders Press) and served as co-chair on the Urban Pathways Young Professional Board. She has been the co-curator of the Netroots Nation screening series since 2007 and continues to be a guest lecturer and panelist at festivals and schools around the country. In 2009, Wendy produced “Every Third Bite”, an award-winning short documentary about bees hailed as a “better bee movie” by New York Magazine. Wendy is a recipient of the 2010 New Leaders Council’s 40 Under 40 Leadership Award.

Become A Social Media Thought Leader for $0: Secrets of Social Media Marketing
Social Media
A new generation of online tools can amplify the voice of business leaders and individuals and t...

Brainstorming Your Social Media Strategy from the Inside Out
Social Media
Sometimes it’s good to step back and have someone help you re-think your strategy.  That...

Corporate Blogging 2.0: What You Need to Know Now
Social Media
How to wrap a blog into your overall content and communications strategy Corporate blogging mean...

Dancing With Search: Managing Your Brand's Profile On Google
Social Media
Brands are living and dying on the 10-20 sites that come up in a Google search for your company,...

Getting Real About Social Media
Social Media   Leadership
There’s no shortage of theory, hyperbole and pure BS (or baloney, or hot air) about social... 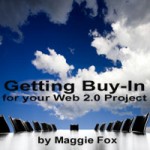 How to Get Buy-In for Your Web 2.0 Project
Social Media
You understand the incredible transformative power of social media in the hands of millions of u...

How To Help Your Employees Socialize Your Brand
Internal Communications   Social Media
Because they have access to the tools that personally connect them to their friends, family and ...

How to Staff and Manage for Social Media – Paul McClay
Social Media
Presented by by Paul McClay (@paulmcclay), Director of Media for Definition 6 at Essentia...

How to Use Gamification to Drive Employee Behavior
Social Media
What’s the bottom line on gamification, that strange new word creeping into business conve...

How To Write Your Social Media Policy So It Does More Good Than Harm
Social Media   Internal Communications
If employees weren’t getting fired for what they are saying and doing on social media chan...

Leading Social strategy must move into the C-suite. How?
Social Media
David Murdico @DavidMurdico is the Executive Creative Director and Managing Partner ofSupercool ... 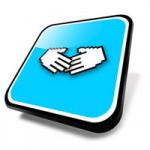 Measuring Social Media: How to Pull the Rabbit Out of the Hat
Social Media   Measurement / ROI
Businesses are rightfully demanding metrics and ROI from social media marketing. How can you pul...